DevOps and Microservices is a popular trend that has emerged in the organization to offer greater agility and operational efficiency. Microservices are a collection of loosely coupled and independently deployed services. As opposed to a monolithic architecture, microservices produce more reliable and scalable applications. When combined with DevOps, the effects are impressive and plenty! But to put it in a nutshell, when DevOps is deployed, microservices’ capabilities allow practitioners to accomplish their programming goals with increased ease and efficiency.

According to Market Analyst, the global microservices and DevOps ecosystem market will grow at a CAGR of 16% from 2019 to 2024 and will touch USD 10 billion by 2023. Looking at these numbers, it is safe to say that this intelligent combination will encourage more developers to roll out sophisticated and higher quality applications.

The Importance of Combining Microservices and DevOps
Microservices segregate complex applications into individually deployable services that perform specific business functions. These services use RESTful APIs that communicate with each other. The modularity of microservices accelerates the delivery process, which is one of the paramount objectives of DevOps.

Combining microservices with DevOps bring some noticeable benefits to an organization:

Accelerates Deployment
Since each microservice runs independently with its database, teams can avoid waiting for the entire application to be deployed. Instead, they are free to stick to their own deployment schedule to speed up the overall pace of application delivery. The characteristics of microservices offer increased agility that accelerates the delivery pipeline as the building, testing, and deployment cycles are undeniably shorter.

Increases Reliability
The modular nature of microservices reduces the chances of errors and increases reliability. In other words, microservices remove points of errors in individual services without affecting the entire architecture. Monolithic architectures fail to offer reliability as one defect can cause the whole tightly coupled application to crash. Microservices also allow teams to scale a given service’s functionality in a shorter time, ensuring higher availability of the system.

Improves Scalability
The loosely coupled nature of microservices has another advantage – it allows developers to reuse the code written for various applications. Additionally, microservices can be scaled effectively by using containers such as Kubernetes and Docker. These containers manage volatile workloads without disturbing other services’ functions, making microservices an excellent choice for flexibility and growth.

Encourages Teams to be Autonomous
Each service in the microservices architecture can be assigned to individual teams for better deployment and streamlined operations, ensuring enhanced productivity. Not only can the assigned teams work freely on their allotted services, but they can also make wiser decisions about choosing the right tools and processes for the given services. This process encourages teams to work autonomously.

Upgrades Quality
When the objectives are well defined, it helps produce applications with better quality and precision in a shorter time. DevOps and microservices are a fantastic mix that enables end-to-end automation of testing and delivery processes. The precision in operations facilitates better bug identification and enables teams to resolve issues in a particular service, allowing the rest of the application to operate without interruptions.

Supports Frequent Releases
The core principle of DevOps is “Implement, Measure and Improve”. The combination of microservices and DevOps focuses primarily on fast, frequent, and incremental releases that align with the same principle. The independent nature of microservices acts as an advantage as the services can be developed, tested, modified and deployed autonomously. This feature enables teams to eliminate the dependency on external practices and ensures frequent incremental releases.

An Intelligent Combination
Tech giants Netflix, Amazon, and Apple have shown us how combining microservices and DevOps can work wonders in enhancing an organization’s development process and product release time.

In the initial stages, Amazon followed a monolithic architecture, where the components were tightly coupled and had numerous deployers spread across the organization. The monolithic architecture made it difficult for Amazon to deploy their services frequently. As a result, all the major code changes were not implemented for weeks and months.

Amazon quickly identified these challenges and broke down its applications into microservices. Each service was allotted to an individual team that helped them in streamlining the operations for the organization. The adoption of microservices served Amazon with remarkable improvements. Consequently, the application delivery was significantly accelerated, and DevOps processes were improved.

Microservices and DevOps go hand in hand; the former builds and maintains applications faster, while the latter improves developments and operations.

In conclusion, microservices is more than just a sequence of individual services – it also represents a paradigm shift. Organizations can gain a competitive edge in the IT landscape by leveraging the combination of DevOps and microservices.

However, it is crucial to take into consideration the individual business goals of an organization to come up with a robust and effective DevOps and microservices strategy for better results and optimal applications. 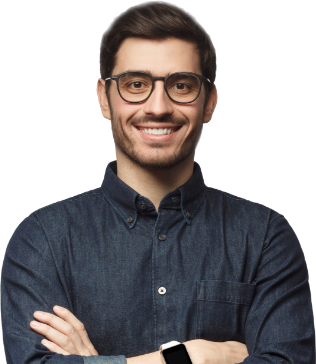